One Man’s Trash is Another Man’s Catalyst for Innovation: How a simple toilet paper roll led to the creation of the Reporting Wheel 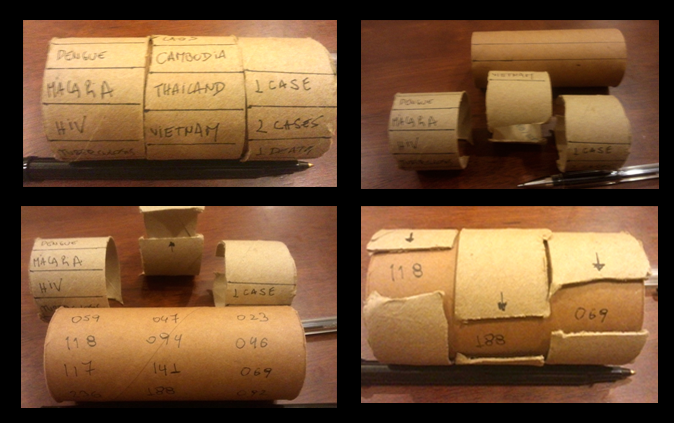 An important aspect of InSTEDD’s work is that we work with the people who will actually be using the tools we create every step of the way.  We don’t build anything in isolation and we involve the end-users every step of the way.  When we spoke to the people at these rural health centers, we encountered a number of issues that we had to find creative solutions to work around.  For a detailed look into how we overcame these challenges to develop the Reporting Wheel, please read the blog post “IT without Software” here.

Back in mid 2009, part of the InSTEDD team went to Southeast Asia to work with some rural community health workers in order to create a simple, fast and easy way for them to share information about disease instances at their health centers.  Disease instances would include things such as the disease type, the age of the person who was sick, the date of when they fell ill and so on.  The information needed to be shared in a somewhat structured way so that the health workers higher up the information hierarchy could easily be able to tell when there was a problem.  We needed to help them find a way to “compare apples and apples”, not apples and mangoes.

Below is a short reflection by Adrian Romero, one of the developers who created one of the first prototypes for what later became the Reporting Wheel.

I took a trip to the iLab Southeast Asia in 2010 to help identify opportunities for technology to support public health workers in Southeast Asia.    One of the projects I began working on was the Reporting Wheel. Now, when I think of technology, I tend to think of a physical electrical device.  Unfortunately, the technology that I’m used to back home is not as prevalent and widely used in places like the remote villages of Thailand and Cambodia.  With this in mind, I began to wonder what other types of devices could be used to encode a specific set of values, such as in disease reporting.

As I tossed this idea around to others at InSTEDD, we began to build some momentum behind designing a non-electrical device that could be used to help the health workers who had such limited access to technology.  We knew that we needed to create some sort of device that:

1) can be made a home with common household materials

3) was effective at encoding potentially lots of values

4) was extremely simple and easy to use

At home, later that evening, I was stuck by an idea.  What if I could make a device from two concentric cylinders, where the outer cylinder would display values through a small windows so that you could see the codes labelled on the inner cylinder? People would rotate the outer cylinder in order to choose which data to report, revealing the code through the display windows.

The potential for this idea was tremendous.  I got so excited that I rushed around my apartment trying to find materials to build the first protoype. Less than 10 minutes later with nothing more than a couple of empty toilet paper rolls, a pair of scissors and a pen, I was able to create the first prototype of what later evolved into the Reporting Wheel.

Although the Reporting Wheel 1.0 wasn’t very impressive to look at, it represented something much bigger than the sum of its parts.  The most important thing about this experience was the fact that all you needed to create innovative solutions was a good idea and the willingness to try something unexpected. Ideas are easy to come by, but the iLabs provide a great way to try them out and see what works and what doesn’t faster than anything else we’ve seen.

To learn more about how InSTEDD developed the Reporting Wheel, please read this blog post.

To watch a short video on how to assemble your own Reporting Wheel, please watch here.

To get started making your own Reporting Wheel, please continue here. 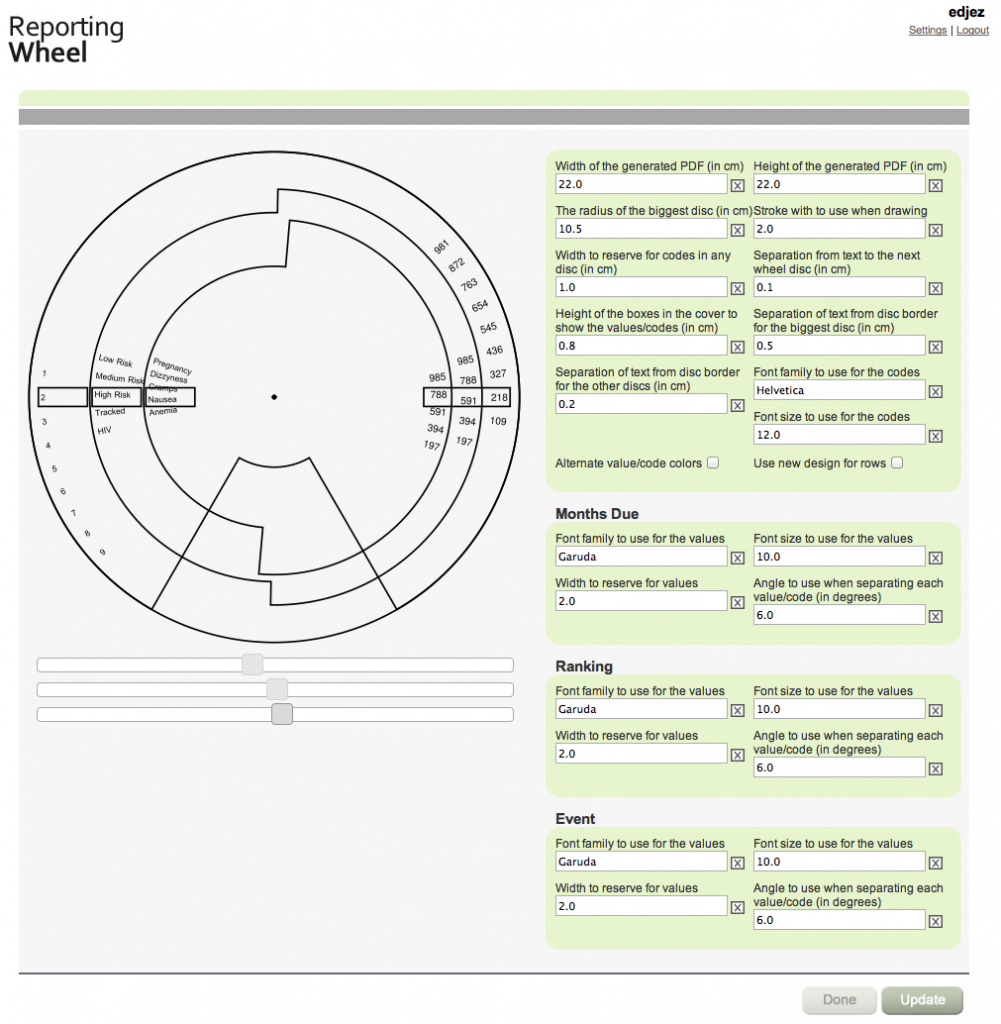