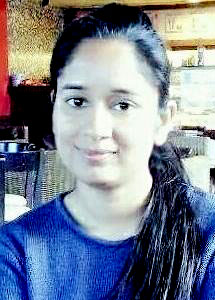 Pushpa Sharma has been contributing to academic and research through writing research papers in the area of mobile communication, digital acquisition, Virtual Universities and ehealth. She has developed and published a mobile application for digital acquisition. This Application is available on Google Play Store. Three papers of her accepted in refereed journals/digital library for publication and two of them are in press. She has also attended different workshops and international conferences in the areas of Computer Science and Technology.